Black Friday Sale | Join Our Membership Today and Get 25% OFF, Use Coupon BLACKFRIDAY Join Now 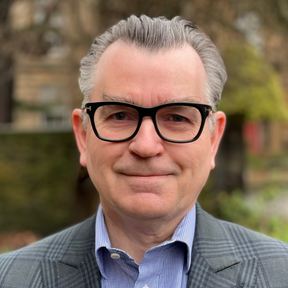 Duncan brings more than 30 years of experience in the software industry as a regular keynote speaker, technology pioneer, and serial entrepreneur. The latest venture by Duncan, BTP, has become a leading enterprise blockchain company. In addition, Duncan also enjoys active membership in the Hyperledger Foundation as well as other Linux Foundation initiatives. Before BTP, he had developed Cloudsoft Corporation and served as the CEO for nine years. Another notable venture which thrived under Duncan is the Enigmatec Corporation. As the founder and CTO of the corporation dealing with autonomous computing, he drove Enigmatec Corporation to new heights. The autonomous computing pioneer ultimately went to iWave before coming under the acquisition of EMC. Duncan had taken on many fintech roles in the earlier part of his career and also worked on many innovative solutions. He worked as a fintech professional at Reuters Instinet and focused profoundly on leadership for the Fixed Income brokerage platform. Duncan has been recognized with a nomination for the Computerworld Smithsonian Award for this pioneering work in applications of Java enterprise technologies for financial services. He completed his MSc in Computation from Oxford University and graduated from Balliol College.

Boost Your Career with 101 Blockchains' Membership